One Year In, Is Biden Keeping His Promises on Energy Efficiency? 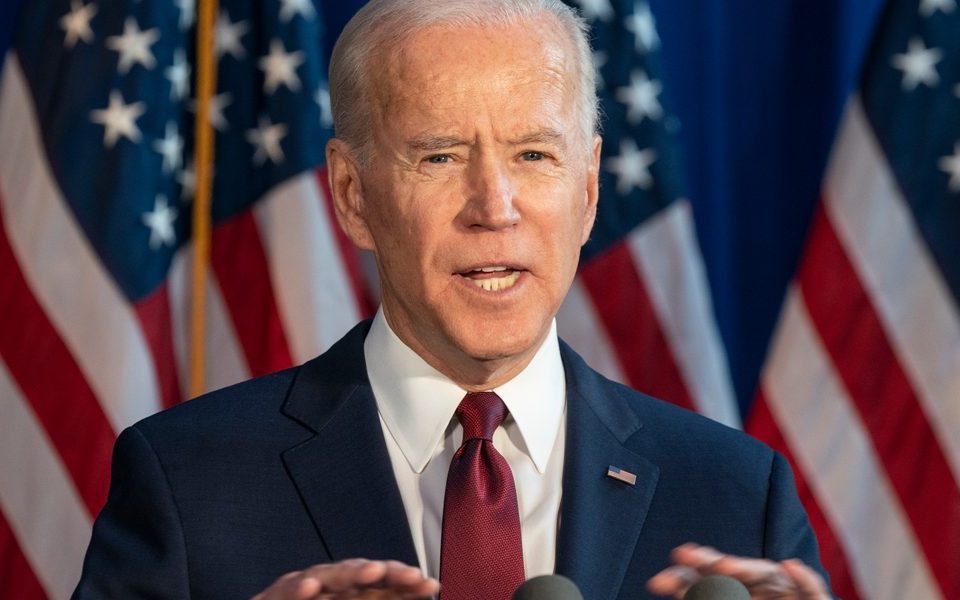 By Ellie Long, Communications Associate, Alliance to Save Energy

One year ago this week, President Joe Biden entered the White House with a moving truck full of climate and clean energy promises in tow. Biden made climate action a focal point of his campaign, including an extensive list of energy efficiency policies he sought to cut emissions and create jobs. Leading up to the 2020 election, our team tallied up these plans in a blog post with a blunt title: “What’s In The Biden Climate Plan For Efficiency? A Lot.” So one year after taking office, where do those policies stand? Here’s a look at 10 key proposals.

Where it stands: Biden can give himself a pat on the back for this broad goal – the signing into law of the bipartisan Infrastructure Investment and Jobs Act (IIJA) in November marked the largest public works investment in decades, including billions of dollars for energy efficiency, clean energy generation and battery storage, and grid modernization and transmission buildout.

Where it stands: Nearly all green energy tax provisions, including energy efficiency tax incentives, are included in the Build Back Better Act (BBB). This legislation has not yet crossed the finish line, but as drafted calls for increasing the value of energy efficiency tax credits and deductions (including Sections 25C, 45L, and 179D) in addition to providing long term extensions designed to motivate consumers to invest in energy-efficient products and equipment. The Alliance continues to work with the administration and Congress to ensure these incentives are retained in final legislation, and that energy efficiency tax incentives are optimized.

3. Repair the building code process with the goal of establishing building performance standards for existing buildings nationwide and support this effort with new funding mechanisms.

Where it stands: Building energy codes set minimum efficiency standards for new buildings, locking in that level of performance for decades. Building performance standards are policies that require building owners to improve their buildings over time. The infrastructure bill provided a much-needed $225 million funding boost for helping states implement building codes and train their workforces. Although President Biden, in a May executive order, called for the creation of the first-ever building performance standards for federal facilities, no movement has been made toward a nationwide BPS for non-federal buildings.

Where it stands: Between the infrastructure bill and executive actions, Biden’s year-one progress on efficient buildings is nothing to sniff at. But reaching 4 million retrofits in four years is dependent on several factors including effective implementation of infrastructure funding in the face of ongoing health and safety protocols that limit work inside of buildings. While provisions in the IIJA will help advance this goal, success is likely dependent on the passage of additional funds in BBB (e.g., a $500 million program to leverage private capital tenfold to retrofit critical facilities).

Where it stands: The Weatherization Assistance Program, which helps low-income families to reduce their energy burdens, received a $3.5 billion funding boost in the infrastructure bill. But seeing as the program currently only reaches 35,000 homes per year, even that won’t be enough to reach 2 million by 2025. A broader mobilization of funds is necessary – one starting point is the $2 billion in BBB for energy-efficient and climate resilient upgrades to federally assisted housing.

6. Spur the construction of 1.5 million sustainable homes and housing units.

Where it stands: The main triggers for achieving this proposal are the reformed tax credits and direct funding ($150 billion) for affordable housing found in BBB. Section 45L, for example, would incentivize new housing to be efficient from the start with provisions such as an expanded tax credit providing homebuilders up to $5,000 to build efficiently.

Where it stands: The BBB contains two efficiency rebate programs: one for whole-house energy saving retrofits (e.g, you could receive a rebate for installing high-efficiency windows, insulation, or efficient appliances) and one specifically for electrification projects (e.g. for heat pumps, electric stoves, or updates to electrical panels). Rebates help expand access to efficiency, particularly for families who do not itemize or don’t have enough tax liability to take advantage of tax incentives, and their potential is dependent on BBB’s passage.

Where it stands: The infrastructure bill provides $500 million through 2026 for clean energy projects at public schools – falling far short of the need to achieve this goal (read our blog on the sad state of the nation’s 130,000 public schools). The critical facility funds in BBB would help by leveraging an additional $500 million with private finance, including performance contracts.

Where it stands: Electric vehicles (EVs) can certainly be considered a success of the first year of Biden’s presidency. The infrastructure bill provides $7.5 billion for EV charging infrastructure, and last month the Department of Energy and the Department of Transportation announced a plan to reach 500,000 charger installations with these funds. Measures in BBB could further accelerate progress, such as with an expanded tax credit for installing chargers on private property.

10. Expand broadband to every American.

Where it stands: As noted in Biden’s campaign plan, communities without broadband cannot access the next generation of smart infrastructure, therefore widening the energy efficiency divide on top of the digital divide. The infrastructure bill should close this gap with a $65 billion investment in reaching every American with broadband.

It’s great to see follow through on important energy efficiency policies, but there is still an overwhelming amount of work to be done to build a cleaner and more equitable energy economy, and many promises that are pending the passage of the Build Back Better Act by the Senate. The Alliance is advocating to maximize efficiency investments in BBB and other 2022 legislation – because there’s no room to slow down one of our most cross-cutting solutions to address the climate crisis and economic recovery.

One Year In, Is Biden Keeping His Promises on Energy Efficiency?