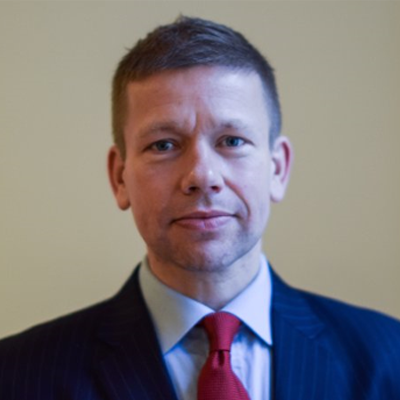 Christian is the first Head of the new Clean Energy Ministerial Secretariat, established at the International Energy Agency (IEA) in Paris. He previously served as Deputy Permanent Secretary at the Danish Ministry of Energy, Utilities and Climate, as a member of the Ministry’s Executive Board, with responsibility for the energy policy portfolio. This included Denmark’s bilateral energy partnerships with a number of key emerging economies, most of them members of the CEM. He was the Danish government’s representative and Vice-Chair of the IEA’s Governing Board. He was also the Danish participant in the Director-General meetings on energy policy within the EU and Denmark’s Sherpa to the CEM.

Mr. Zinglersen started his career in the Danish Foreign Service, working primarily on EU policy and law, having been posted to Brussels at the Danish Representation to the EU. After leaving the Foreign Service, he worked for an energy company prior to returning to government to serve as Lead Negotiator for Denmark in the United Nations climate change negotiations. Mr Zinglersen holds a Master’s Degree in Law from the University of Copenhagen and is a graduate of IESE Business School’s Advanced Management Program and Harvard Kennedy School’s Senior Managers in Government program. He is married with four children.