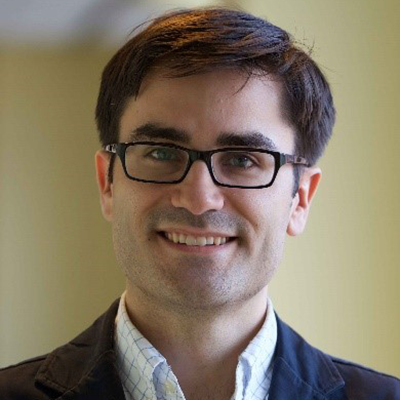 Eric is the Data and Tools Manager for Urban Efficiency & Climate in the WRI Ross Center for Sustainable Cities. In this role he helps cities to obtain the information and stakeholder agreement they need to develop and implement broadly beneficial strategies to optimize, electrify and decarbonize their energy systems. He also coordinates data strategy across the Ross Center and acts as the Cities data liaison to WRI’s Resource Watch, Energy Program and Climate Program.
Eric manages technical and use case development of globally relevant methods, tools and datasets on energy performance and urban form characteristics of cities. His projects include AI-driven mapping of the heat and resilience aspects of urban surfaces, methods to develop “quick start” city energy and emissions inventories, scenario-modeling in support of locally-beneficial plans for city transitions to 100% clean energy, and computer-vision based urban land use modeling.
Prior to his current position he was Building Efficiency Manager with the WRI Ross Center. He continues to support the Buildings Initiative team, including as liaison to many of the Building Efficiency Accelerator deep dive city engagements and on the use of data and tools in city strategies to improve building performance. He has helped WRI to develop global projects and partnerships with dozens of cities on energy efficiency, including in Colombia, India, Mexico and Turkey.
From 2010-2015, Eric worked at the American Council for an Energy-Efficient Economy (ACEEE) where he led an initiative focused on community-based and local government implementation of energy efficiency strategies in the United States. He has authored or co-authored more than a dozen publications on energy policy, urban energy systems, and community development. Eric also has prior experience with affordable housing policy and organizing environmental campaigns. He is on the board of Emerald Cities Collaborative, a national non-profit focused on a “high-road” transition to the green economy in the U.S.
Eric holds a Master of City Planning and Environmental Planning Certificate from the Massachusetts Institute of Technology’s Department of Urban Studies and Planning and a B.A. in Political Science, Public Policy, and Environmental Studies from Albion College.
Eric grew up in Michigan. He enjoys learning, design, exploring new places, and being outdoors (in both natural and urban environments). Eric and his spouse live in Seattle, where they moved in 2019 after nine years in the District of Columbia.