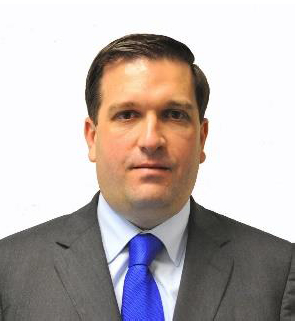 Member of the Group of Expert Advisers on Sustainability and the Environment, Chamber of Deputies of Mexico

Santiago Creuheras Diaz is a senior consultant on sustainable infrastructure and energy and member of the Group of Expert Advisers on Sustainability and the Environment of the Chamber of Deputies of Mexico (Mexican Congress); Recently, he served as Director General for Energy Efficiency and Sustainability of the Ministry of Energy of Mexico (SENER) and represented Mexico as Chairman of the International Partnership for Energy Efficiency Cooperation (IPEEC) and as Co-Leader (with France) of the Energy Efficiency and Transition Finance Working Group of the Group of 20 (G20).
Previously, he held various positions in public administration, including: Advisor to the Minister of Finance and Public Credit, Sector Coordinator of the Office of the Minister of Energy, Adviser to the Minister of Energy, Deputy Director General for Domestic and Foreign Policy of the Office of the President of Mexico, and Director General for Labor Training at the Ministry of Labor and Social Welfare of Mexico. He also served as Coordinator of the Professional Electoral Service in the Federal Electoral Institute; and held various positions in the Government of the State of Puebla.
Internationally, he has been a consultant for the United Nations Organization (UN-Environment, UN-Industrial Development and UN-Sustainable Energy for All), World Bank, Inter-American Development Bank, International Energy Agency, David Rockefeller Center for Latin American Studies, Embassy from Mexico in Washington, Mexico-United States Chamber of Commerce; and in the Office of the Rep. Joseph P. Kennedy II in the United States Congress, among others.
Also, he is currently participating as a postgraduate professor at the National Autonomous University of Mexico; He was also a professor of several subjects (at the undergraduate and postgraduate levels) at the Universidad Iberoamericana, at the University of the Americas-Puebla, and at the Technological Institute of Higher Studies of Monterrey.
Creuheras is a graduate of the Bachelor of Science in Economics from the Universidad de las Américas in Puebla, Mexico; he obtained the degrees of Master of L. Arts in Government and Master of L. Arts in Economic History, as well as a Postgraduate Certificate in Administration and Management from Harvard University in the United States of North America; and obtained a Master of Studies degree in Sustainable Leadership from the University of Cambridge in England. Additionally, he has completed several certified courses and diplomas from the University of Chicago-IEXE, the Inter-American Development Bank and the Universidad Iberoamericana. In addition, he has published academic and editorial articles in newspapers, magazines and journals. Also, he has actively contributed with the University of Cambridge Alumni Society in Mexico where he currently serves as treasurer; and with the Harvard University Alumni Club of Mexico where he served as President and today, he serves as member of the board. He is also a member of the Mexican Council for Foreign Affairs, the Academy of Political Science, the Leading Change Network and the Cambridge Sustainability Network.